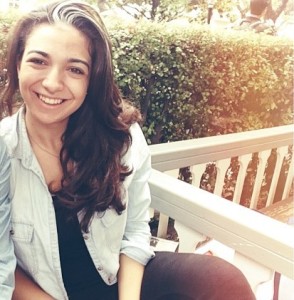 By: Farah Mokhtar
So you’ve finally received the letters you’ve been anxiously waiting so long for your college acceptance letters. Out of tens of thousands of other applicants, they picked you. And now it’s your turn to be the discerning one, to narrow your choices down to the one college that you’ll be attending in the fall. “But I got into so many great schools,” you may say. “How will I ever choose between them all?”

For me, it wasn’t easy. I’d grown up thinking I was going to go to the University of Washington because that’s where my dad had gone, and that idea had only solidified throughout the college application process. With my grades and my background, it seemed like the place I was most likely to get into, and I saw nothing wrong with that. I loved the campus and the vibe, and I could see myself having a great college experience there – living in the dorms, studying in Odegaard Library, walking across the Quad in the rain, and making new friends at every corner. So when I got in, I was ecstatic. The dream I’d been working towards for the past four years had been realized. But then I got into UC Berkeley, and everything changed.

I’d visited the campus up in Berkeley, California earlier that year; I’d liked it, but at first, I hadn’t really felt a “click”. If you’ve ever been to Berkeley, you know that it doesn’t always make the best first impression. From the homeless people peppering the streets to the hilly, spread-out campus, it wasn’t what I’d imagined. Added to the annoying tour guide, and most importantly, the fact that I didn’t think I could get in, I pushed the notion of Berkeley from my head quickly enough. Once I got in, however, I couldn’t ignore it – Berkeley was too good a chance not to take.

I told myself that the University of Washington would certainly be easier, not academically but socially – I already knew people who were going there, and home would be just a short car ride away. I’d always imagined going there, had my mind and my heart set on it, but Berkeley was still in my head. When I thought of passing it up to go to the UW, I knew I couldn’t let myself miss an opportunity like this one. To go to a school and be surrounded by Nobel Laureates and politically conscious people who weren’t afraid to raise their voices in support of their beliefs, to be immersed in one of the most liberal environments I’d ever seen, to be in a place that truly did have something for everyone, whether you wanted the typical Greek college experience or had an alternative vision – I knew that if I didn’t take the chance, I would always regret it. I knew that I couldn’t really go wrong with either the UW or Berkeley. They were both great schools with various advantages and disadvantages, but for me, Berkeley was the risk – and in hindsight, it was a risk I’m more than happy I took.

College is a big step for everyone; it’s easy to fall into the trap of “Well, that’s where all my friends are going, so I know it’ll be fun.” Yes, it will definitely be fun – but is it right for you, or is it simply the safe option? You’ll make friends and have fun wherever you go, whether it’s in your hometown or across the country, but going to college is an opportunity that you only get once, so why not take a chance? If it’s viable, step outside of your comfort zone. Don’t choose a school because your friends are going there, but because you feel like it’s the best fit for you. You don’t want to spend the rest of your college career wondering “what if”, and if you choose the right school for you, you won’t have to.