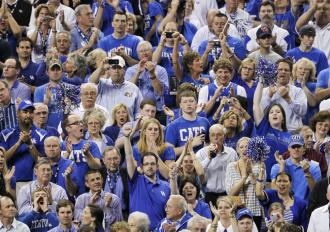 What makes a college basketball program great is contingent on several characteristics. The best programs have a rich tradition, a history of winning, die-hard fans, and above all infamy that supersedes all other programs. When considering the best schools for fans in the country, it is hard to stray away from the stellar six that have been heralded as THE college basketball programs for some time.

Of course, I am talking about: University of North Carolina, Duke University, Kansas University, UCLA, Indiana University and U of Kentucky. These programs boast the best teams and send many of their players to the NBA. Similarly, you are sure to get a great education from the majority of them (see UNC, Duke, and UCLA). As for the other schools on the list, they too are successful teams that boast winning teams, obnoxiously lovable fans, and an atmosphere that is hard to beat. If you love college basketball, see the month of March as a religious experience and fill out multiple brackets, then these are the schools for you.
In no particular order:

Gonzaga University
Location: Spokane, WA
Students enrolled: 5,077
Tuition: $31,730 in state / $31,730 out of state
Multiple Elite Eight and Sweet Sixteen appearances and boast the rowdiest fans in all of Washington