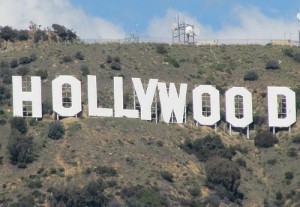 Oh to work in Hollywood! If that’s something you think every time you go to the movies with your friends, then a major in film might be right up your alley. Many of today’s successful directors, actors and producers (along with other film industry professionals) started out just like you: a high school student with a dream to work in the film industry. This is a list of some of the schools with the best film programs.

Chapman University
Students: 5,077 Undergraduates
Type: Private/ Non-Profit
Tuition: $41,040 in state
Location: Orange County, CA
Vibe:  Chapman is often accused of being a trade school. It’s not, but it is run like a film studio. Students are able to specialize in one area of the film trade.  Directors get to direct, actors get to act etc.  The school even has the PR and advertising students working to bring attention to student films.  Famous Alumni include Ben York Jones (Like Crazy) and Chris Marrs Piliero (director for the Black Keys’ “Tighten Up” music video)

Columbia University
Students: 6,027 Undergraduates
Type: Private/ Non-Profit
Tuition: $45,028 both in and out of state
Location: New York, NY
Vibe:  Columbia University’s Program of the Arts Chair Ira Deutchman said, “You have to keep an eye on the business, but it’s first and foremost about creating artists.” This statement fully encompasses the vibe of the program. With a staff roster that includes Barbara De Fina (Goodfellas) and Mira Nair (Monsoon Wedding), Columbia dwarfs the competition and continues to attract aspiring artists of the silver screen.

New York University
Students: 21,025 Undergraduates
Type: Private/Non-Profit
Tuition: $39,344 both in an out of state
Location: New York, NY
Vibe: If you’re looking for an artsier approach to film school, then NYU’s Tisch School of the Arts might be the school for you.  Alumni include James Franco (Spiderman) and Todd Phillips (The Hangover). Degrees offered include BA, BFA, MFA, MPS, MA and Ph.D. in moving-image archiving and preservation as well as performance studies or cinema studies.

University of California, Los Angeles (UCLA)
Students: 26,467 Undergraduates
Type: Public
Tuition: $11,220 in state /$34,098 out of state
Location: Los Angeles, CA
Vibe: With rival USC so close by, the UCLA film school gets less attention than it deserves. The UCLA program offers access to the UCLA Film & Television Archive, one of the biggest in the country.  Famous alumni include Francis Ford Coppola (The Godfather) and Alexander Payne (Sideways). UCLA offers degrees in BA, MA, MFA and PhD programs.

University of Chicago
Students: 5,320 Undergraduates
Type: Private/ Non-Profit
Tuition: $43,581 both in and out of state
Location: Chicago, IL
Vibe: The Department of Cinema and Media Studies at University of Chicago is one of the oldest in the field. Established in the 1800s, the curriculum includes the central areas of theory, history and criticism, but also places emphasis on video production and performance studies. U of Chicago offers both undergraduate and graduate degrees. Famous alumni include film critic Roger Ebert and Mike Nichols (The Graduate).


University of Southern California
Students: 16,753 Undergraduates
Type: Private/Non-Profit
Tuition: $43,722 for both in and out of state
Location: Los Angeles, CA
Vibe: Possibly the most well know film school, USC is the alma mater of big names George Lucas (Star Wars) and Ron Howard (Cinderella Man). The program touts itself as being the most realistic education in terms of understanding what the industry culture will feel like once out of college.  The schools offers BA, MA, MFA and PhD programs in everything from film and TV to animation in digital arts.

Wesleyan University
Students: 2,879 Undergraduates
Type: Private/Non-Profit
Tuition: $45,358
Location: Middletown, CT
Vibe:  If you’re looking for smaller program that teaches you how to write, direct and edit a movie both by hand and digitally then Wesleyan is the program for you. This smaller more liberal arts and hands-on program is a close third to USC and UCLA when it comes to Hollywood infiltration.  Famous Alumni include: Michael Bay (Transformers), Akiva Goldsman (Mr. and Mrs. Smith), and Joss Whedon (The Avengers).