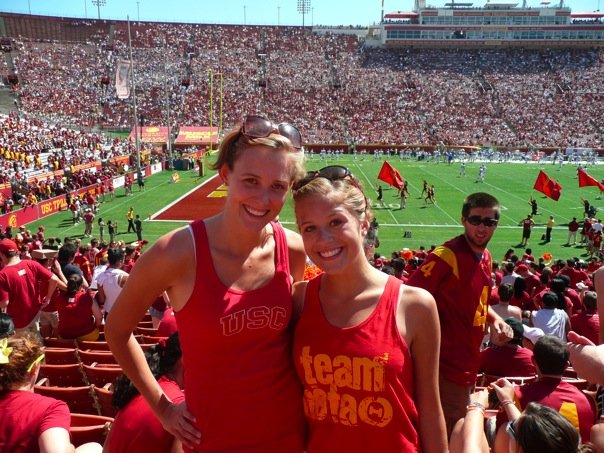 The crisp air and the changing of the leaves can only mean one thing… It’s college football season! If part of what you consider when choosing your college list is how many football games your team will win, this is the list for you. We’ve taken into consideration which teams are the best this year as well as in the past to give you a list of the most spirited and winningest of all football schools.

Florida State University
Commonly called FSU, this school is in the Atlantic Division of the Atlantic Coast Conference (ACC), which they have been a part of since 1991. Although they switched leagues in the 90’s, the Seminoles football program began in 1947. They have the 25th most winningest football program in FBS history and are the third most successful team in the past 25 years in terms of winning percentage (as of 2010). FSU has won two national championships and has the fifth largest stadium in college football.

Louisiana State University
LSU is a team with a strong history and a bright future on the football field. Members of the western division of the Southeastern Conference, the Tigers are the first team to win multiple Bowl Championship Series national titles. Since forming their program in 1893, the Tigers have been a force with which to be reckoned. They will enter the 2012 season with 735 victories which is the 12th most in NCAA history. What really sets LSU apart, though, are the fans. The Tigers’ stadium is constantly full and holds 92,500 fans, making it the 5th largest city in the state of Louisiana on game days. The epic stadium has been nicknamed “Death Valley” because it’s one of the most difficult places for an opposing team to play.  In 2011 LSU had a perfect regular season and they are predicted to be contenders for the national title in 2012.

Michigan State University
This Big Ten Conference team has six national championships under their belt. The Spartans program started in 1885 and was often referred to as the nation’s “football factory” in the 1950’s when Detroit was the world’s leading auto manufacturing city. The Spartans currently have 24 players in the NFL and 10 players in the College Football Hall of Fame. The Spartans’ most memorable game was played against Notre Dame in 1966 and was called the Game of the Century. The two teams tied 10-10 in the national championship game and both recorded titles that year. 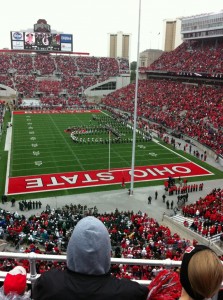 
The Ohio State University
The Buckeyes are an institution in college football. The Ohio State Buckeyes have been part of the Leaders’ Division of the Big 10 Conference since 1913. During that time they have earned seven national championships, 36 conference championships, and have played nine undefeated seasons. In 2009 ESPN ranked the Buckeyes the third most prestigious program in college football history. Due to their long legacy, Ohio State has a number of interesting football traditions in place. One of these involves students jumping into the campus’ Mirror Lake the Thursday night before the Ohio State vs. Michigan game in hopes of bringing the Buckeyes good luck on game day. The Ohio State Marching Band, known as The Best Damn Band in the Land, or TBDBITL, is famous for marching Script Ohio during halftimes.

The University of Alabama
The team known as the “Crimson Tide” is taking the football world by storm this year. Part of the Southeastern Conference (SEC), Alabama’s football program started in 1892 and has appeared in a record 59 post-season bowl games. The team boasts 14 national championships and 26 conferences championships. 22 of those conference titles were in the SEC, giving Alabama more titles in their conference than any other team. Part of Alabama’s mystique is its massive Bryant-Denny Stadium, which is the 5th largest stadium in the U.S. and the 7th largest non-racing stadium in the world.

University of Florida
The University of Florida Gators has played in the Eastern Division of the Southeastern Conference (SEC) since becoming a varsity football team in 1906. The Gators have three national championships and eight SEC titles. They have played in 39 bowl games and have won the most games (217) in the FBS since 1990. The Gators’ stadium is fitting called “The Swamp” and frequently holds over 90,000 people.

The University of Georgia
The Bulldogs compete in the Eastern Division of the Southeastern Conference (SEC). Often called the “Dawgs” the team has won five national championships and 12 SEC championships. They play in historic Sanford Stadium which holds 92,746 fans, making it the 15th largest stadium in the world. Based on the 2009-10 school year, the Bulldogs’ program is the second most profitable in college football. An impressive16 Georgia players and coaches have been inducted in the College Football Hall of Fame. One of a number of Georgia traditions, the ringing of the Chapel Bell after a Georgia victory, began in the 1890’s and continues today.

University of Oklahoma
Part of the Big 12 Conference, the University of Oklahoma Sooners are a team with a rich history of football excellence. Since the program began in 1895 the team has won seven national championships and 43 conference championships. The Sooners also hold the record for the longest winning streak in FBS history with 47 straight victories. The team’s mascot Sooner Schooner is a wagon pulled by two creme white ponies named Boomer and Sooner. Recently Boomer and Sooner were made into mascots that could be present when a wagon was not allowed on the field. In 2009 Oklahoma’s football program was ranked the most prestigious in history by ESPN.

University of Oregon
A member of the Pac-12, the Oregon Ducks started their football legacy in 1894. Some of the team’s most impressive accomplishments, however, took place in recent history. The Ducks won the Rosebowl in 2012 and competed in it in 2010. They also competed in the 2011 BCS National Football Championship game. The team was called the “Webfoots” until the mid 1960s when they began to be known as the Oregon Ducks. In recent years, the team has been noted for their unique uniform styles which are due to Nike owning the Ducks’ outfitting rights since 1995.

University of Southern California
Another major player in college football is USC. Established in 1888, the Trojans have won 11 national championships and more Rosebowls than any other program. In addition they have won 38 titles in their Pac-12 conference. Their stadium, the Coliseum, is one of the largest in the United States and was the site of the 1932 Summer Olympics. Known as one of the most spirited schools in the U.S., Trojans show their pride through their “Fight On” slogan, which is paired with a two finger “V” salute for victory. Perhaps the team’s most impressive statistic is the 473 Trojans drafted to the National Football League–the most for any team ever.

Football is an American tradition that runs deep. Consider one of these schools if you’re looking for a college that lives and breathes football and has a pretty darn good record to boot!

See more Spirited Colleges here!
*Please note that the schools are listed in alphabetical order and not in terms of ranking